Ajay Devgn’s Directorial directorial Shivaay is being released on this Diwali October 28th 2016. 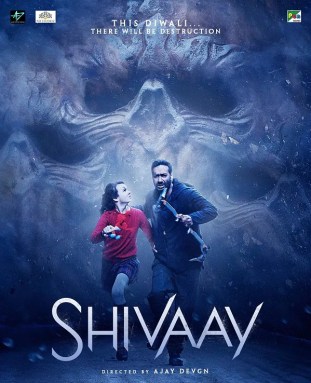 The trailer of this upcoming film was released earlier and has already created a huge buzz amongst the audience. More than 50 million people have already watched the trailer and song Video ‘Bolo Har Har Har‘ on Youtube, Facebook and other Social media.

Shivaay has some of the best singers of the modera era in Mohit Chauhan, Sunidhi Chauhan, Kailash Kher Mithoon, Arijit Singh, Badshaah and budding star Jasleen Royal. The Soundtrack is expected to be a major hit by listening to ‘Bolo Har Har Har’

The title track ‘Bolo Har Har Har’  by Badshaah is cool  with a mix of hip hop, rap and some chanting about Lord Shiva.

Many Bollywood stars seem to have liked the trailer but the biggest praise came from who else but the Big B himself.

T 2342 – #ShivaayTrailer .. goodness me what aTrailer .. just spoke to Ajay and congratulated him for a stupendous job .. all good wishes AJ

Overall the trailer seems to have made people curious about its actual story. We will check out on its actual review and box office collection, as it gets released.