MannatSpeak : Thoughts of a Non-Drinker when pointed at…

There are only a few of the answers to a question I see myself answering just as often as vegetarians get asked as to why they don’t eat meat: “So, why don’t you drink?” Umm, well, because I don’t want to? No, there isn’t any medical condition forbidding me nor a religion is barring me. 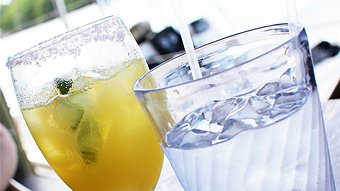 Living in a world that generalizes drinking more than not-drinking always made me the odd one out. Reason? Its simple, the whole idea “Drinking to enjoy life” never appealed to me. The belief that it helps have a good time, apparently, never stood true for me. You’re actually asking me how I’m talking to people at a party sober? Really? I don’t know when this became a feat.

Don’t get me wrong, I’ve tasted it but lets face it, its not much of a taste-bud catcher now is it? Im not averse to a drink or two for the tipsy stage, however it’s the ‘drink to get drunk’ game that’s a big let down.

Say whatever you may but people who don’t drink as such aren’t “uptight”; yes we like to remain in control, in a stable state of mind and definitely want to remember what happened the night before.

“So what do you do then if you don’t drink?” You ask. The same thing you do minus a beer in hand: go to bar, clubs, parties, etc. You can still go out and party. Yes that’s still a thing. There should be no judgment either way.

However, I never would have thought that something I personally consider an insignificant part of who I am would have such a big impact in the way people perceive me. When I tell people for the first time, the most frequent reaction is asking “Why?” and if I reply with “I just don’t like the taste,” the next sentence is likely to be “I’m sure you would like –insert alcoholic beverage name here–.” I always wonder if they realize that, were I even slightly interested in drinking alcohol, I would have already figured out by myself what I like and don’t like in my 20 years of life.

After setting the record straight that I’m not interested at all in drinking, they usually reply with “I think that’s great,” but do they? The truth is that if I confess that I don’t drink when someone doesn’t know me that well, they usually assume they can automatically fit me into the stereotype of the boring Goody Two-shoes.

Oh and lastly, being sober around drunk-people is so entertaining & just gives you so much more advantage to mess with their minds the next morning! I know thatsmean but what the hell! xD