While the OnePlus 2 was mediocre at best, the critically acclaimed OnePlus 3 was by far one of the best smartphones of 2016. In fact, it received a 4.5/5 star rating in the official review!
The OnePlus 3T thus has rather big shoes to fill. It is an incremental update over its predecessor, with a bigger battery, a better front facing camera, a speedier processor and some software tweaks.  The OnePlus 3T, like its forerunners, forces you to question how much you value the few missing features that separate it from the most expensive flagships. Because at US$439 full retail, the 3T can compete with – and sometimes beat – phones that cost $200-350 more.

The smooth aluminium body with a curved back and beveled sides feels every bit as good six months on with the 3T. It is a very nice smartphone to hold, touch and appreciate: there’s no doubt the 3T has the look and feel of a smartphone costing much more than £400.

The 5.5in 1080p AMOLED screen is great. Now you can customise the colour tone to your liking, although out of the box most people will be very happy with the more subtle colour mode OnePlus uses compared to other AMOLED-using phones such as the Samsung Galaxy S7.

The narrow bezels and curved back make it manageable one-handed even with the 5.5in screen. It isn’t quite as narrow as the current king of the large screen in a tiny bodied phone, the Samsung Galaxy S7 Edge, but it is 1mm narrower than the Pixel XL.

The OnePlus 3T has the same amount of memory and storage as its predecessor, but has a slightly more powerful processor: the Snapdragon 821 from Qualcomm, which is used in other high-end Android smartphones including the Pixel XL.

It feels snappy, but not quite the fastest smartphone on the market: the Huawei Mate 9. It doesn’t feel any faster than the OnePlus 3, but the battery did last longer between charges. It has a slightly larger battery, and software refinements over the last six months have made the experience smoother.

Used as my primary device with five hours of listening to music through Bluetooth earbuds, three hours spent browsing or using apps, occasional gaming and taking photos, with hundreds of push notifications throughout the day, the OnePlus 3T lasted around 36 hours between charges.

The big improvement over the 3 has been in standby performance: where the 3 dropped 12-16% overnight, the 3T dropped only 4%, which is very good compared to most of the competition.

Charging the battery is fast, too. With OnePlus’ proprietary Dash Charge power adapter and cable it took just over 70 minutes to reach 100% from zero charge, which is right up there with the fastest charging smartphones. It can also be charged using pretty much any USB charger, but at a standard rate.

OnePlus customises Android to create OxygenOS. Unlike some other manufacturers the changes are subtle, more refinements rather than drastic alterations.

If you’re a fan of the standard Android experience, you will appreciate OxygenOS. It has more customisation options, from the ability to swap the navigation buttons over, put them on screen or use the capacitive buttons beside the fingerprint scanner, to extended gesture support and tweaks for the dual-Sim capabilities.

But the 3T ships with OxygenOS 3.5, which is based on last year’s Android 6.0.1 Marshmallow, not the newest Android 7 Nougat. OnePlus expects to have an update to Nougat available before the end of the year. So far, it has not had the best track record for speedy software updates, but has got better over the last few months.

The 16-megapixel rear camera has some subtle improvements to detail and noise suppression over the OnePlus 3. Overall it’s a capable camera, shooting detailed shots in good lighting and solid if not remarkable shots in lowlight. It’s not quite as good as the best from Samsung or Google, but it’s hard to take a rubbish shot with the 3T.

The 16-megapixel selfie camera is one of the highest resolution front-facing cameras available, and although more megapixels does not always equal better results, the 3T produced some of the most detailed and natural-looking selfies I’ve ever shot, even in tough lighting conditions such as office fluorescent strip lights. 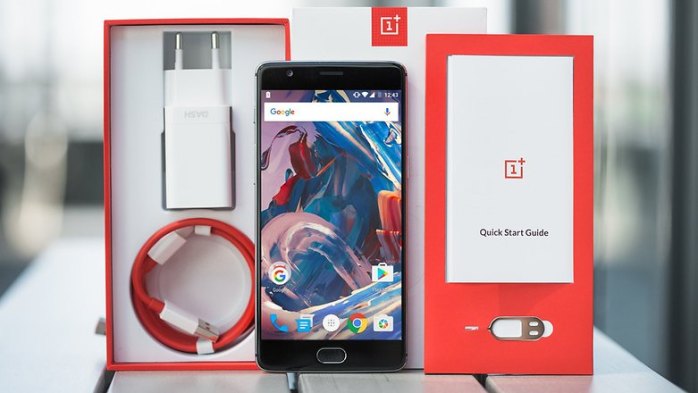