Tamil Nadu CM Jayalalitha no more, 3 day off announced in the state

Actress-Turned Politician, Jayalalitha dead after fighting with death for almost 2 and half months. There was much anticipation that Amma will be discharged from hospital after she gets the treatment. But after being admitted in Apollo Hospital on Septmeber 22, she never returned back. No one didn’t show anything and never let anyone knew about what is happening in the hospital.

Jayalalitha who is suffering with fever and dehydration has been admitted into Apollo Hospital where she fought for her life for 73 days. Finally the fight came to an end on December 5th where the death won against Tamil Nadu Chief Minister. On Monday, Jayalalithaa continued to be very critical and was on extracorporeal membrane oxygenation (ECMO) and life support systems. 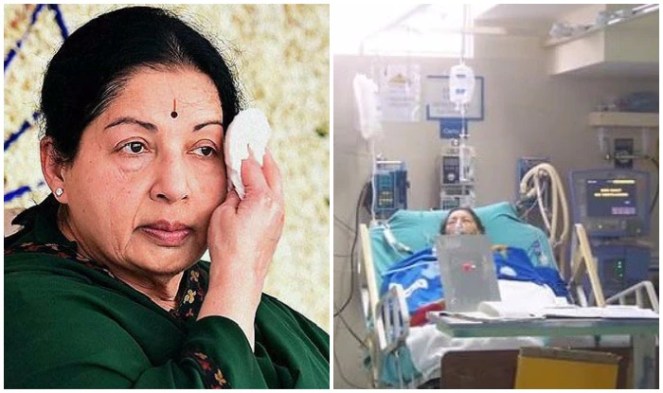 According to press release by Apollo Hospitals said in a statement issued after midnight on Tuesday,  “It is with indescribable grief we announce the sad demise of our esteemed honourable chief minister of Tamil Nadu Puratchi Thalavi Amma at 11.30pm today (5.12.2016). Our honourable chief minister Selvi J Jayalalithaa was admitted on 22.9.2016 with complaints of fever and dehydration and underlying comorbidities. The honourable chief minister subsequently recovered substantially to be able to take food orally. On this basis honourable chief minister was shifted from the advanced critical care unit to the high dependency unit where her health and vitals continued to improve under the close monitoring by our expert panel of specialists.”
Jayalalitha’s cremation process will be started on December 7th after moving body to their home town and make the final rituals there. The body will be taken as a rally from their home town. Before the rituals commence, everyone can finally see the veteran actress for the last time. Tamilnadu Government declared holiday for 3 days in the state.