Meenal Arora (Taapsee Pannu), Falak Ali (Kirti Kulhari) and Andrea Tariang (Andrea Tariang) are working women living in a posh south Delhi locality. Their daily struggle with neighbours’ questioning eyes has made them brave and ready for tougher challenges. They meet Raajveer Singh (Angad Bedi) and his friends at a rock concert which ends when Raajveer gets hit by a bottle and starts bleeding.

Raajveer is rich, highly educated and well connected. He decides to seek vengeance on the girls. A war between the genders starts and the police, society, parents, judiciary and everyone else become a party.

After delivering acclaimed Bengali dramas like Anuranan, Antahin and Aparajita Tumi, Aniruddha Roy Chowdhury forays into Hindi with Pink, and I feel proud to say, what a debut it is! There aren’t any of the usual jazzy Bollywood criminals here yet you feel terrified. No dramatic sounds to enhance the mood, still you want to hear it. No dim lights, but you want to look away. All those associated with the making of ‘Pink’, please take a deep bow : finally, a powerful, brave Hindi mainstream film which focuses on real young women who live real lives and deal with thorny day-to-day issues, which young women the world over will identify and relate with.

Every single actor has upped the ante in this 136-minute riveting drama. If Taapsee excels in initial courtroom scenes, Kirti takes it to a whole new level in the finale. The girls have shown a tremendous range and Pink belongs to them. Nobody has overshadowed them, not even Bachchan or a shrewd lawyer Prashant, played by a super intense Piyush Mishra. 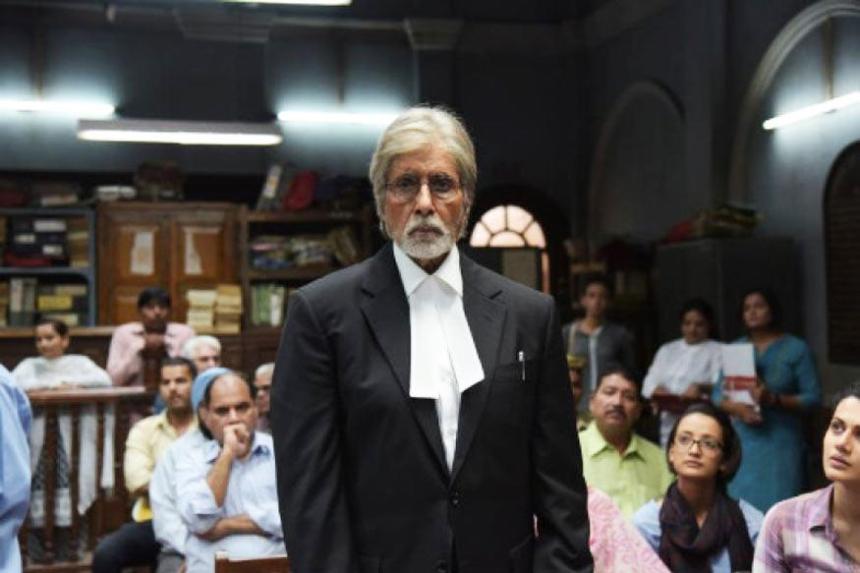 Pink keeps us gripped from all sides even as a strict entertainment package. The intricacies of the case unfold like a thriller. You won’t miss the usual Bollywood courtroom theatrics either. Still, you will get to know a thing or two about the contemporary feminist debates.

Bottomline, when a girl says no, she means no. En O, which means `nahin’, nada, don’t want. It means go away, don’t bother me. It can also be a prelude to a stronger language if the aggressor in question refuses to back off. The young woman can wear short skirts or jeans or Tees. She can be present at rock concerts. She can laugh and reach out to a young man in a friendly fashion. She can have a drink or two in his company. She can even be, shudder, sexually experienced.

Pink makes you angry, it rattles your conscience, because we all are responsible for making our society insensitive towards women. It is a mirror to the society where power and influence can intimidate judgements.  ‘Humare yahaan ghari ki sui insaan ka character decide karti hai’ So true, no?

Hearing the phrase ‘are you a virgin’ in a Bollywood film in a meaningful, non-smirky manner? Fantastic. Underlining a woman’s freedom to own her sexuality? Priceless.