In an emergency meeting convened by Chief Minister Parkash Singh Badal, Punjab Council of Ministers on Thursday hailed “the apt, timely and effective surgical operation undertaken by the Indian Army across the Line of Actual Control in Kashmir last night against terrorists and those providing support to them.”

Villages along Punjab’s border with Pakistan were put on high alert on Thursday after the Indian Army carried out surgical strikes+ on the LoC, official sources said.
Schools in the border belt were ordered closed following the escalation of tension along the Line of Control (LOC) in Jammu and Kashmir, the sources said.

In a resolution, the cabinet lauded Prime Minister for “decisively ordering this surgical operation to demolish the bases and camps of those acting with impunity against our citizens”.

“The operation has been executed with clinical and professional precision by the brave men of the Indian army. Punjab, which is rightly called the sword arm of India, has suffered immensely because of the inhuman and ghastly acts of terrorism by these elements. Peace and communal harmony in the state has been one of the prime targets of these elements as was evident in the attacks on Dinanagar and Pathankot.

“The governments of India and Punjab are totally aware of the challenge posed to life and property of those residing along the border with Pakistan in view of the situation developing along the Line of Actual Control in Kashmir and along the rest of the international border between India and Pakistan. Accordingly, the government of India has advised that the civilian population within 10 kilometers of the international border be moved to safer locations. 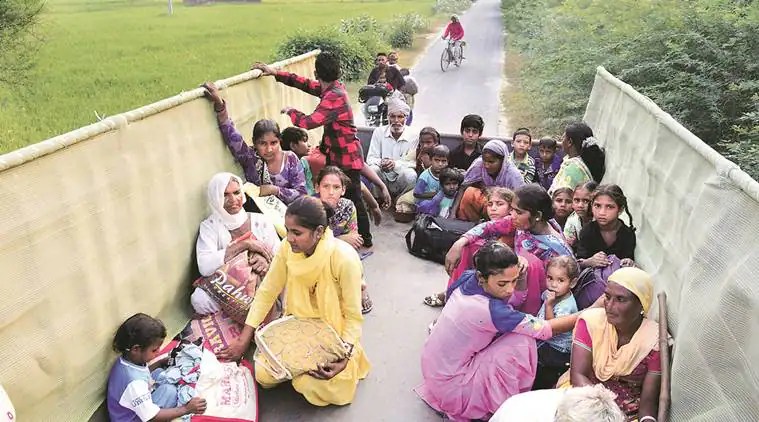 Villages on Punjab Border being Evacuated

We deem it our sacred duty to take every step required to protect and safeguard life and property of our citizens living in these border areas. The entire state government machinery is geared to function most sensitively and effectively round the clock at the service of the people to ensure that these brave and patriotic Punjabis are put to minimum inconvenience and discomfort.”