Proof that Javed Miandad gave his son, and soul, to Dawood Ibrahim

NEW DELHI: Javed Miandad, former Pakistani cricketer and father-in-law of terrorist Dawood Ibrahim’s daughter, is as nasty off-field as he was on the ground, but late last week he exceeded even himself. 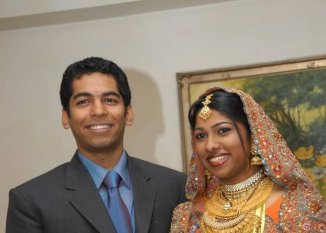 In an interview with a Pakistani news channel – that tweeted his voice clip on September 29, the day of India’s surgical strikes – Miandad called the PM a ”rotten egg”, then questioned where he emerged from and wondered about his parentage.

There are plenty in India who disagree with Modi and they express their dislike like anyone does in any healthy democracy. A healthy democracy is something Miandad is probably unused to.
He said PM Modi “has no clue whom he’s threatening.” He said all of Pakistan’s men and children – men and children, he specifically said – are waiting to give their lives for Pakistan while fighting India. Miandad probably want all Pakistani kids, including those cured in Indian hospitals, to become suicide bombers.

The biggest hope and wish of Pakistani men and children “if we are to be martyred is that it should be for this (fighting India)…When we get a chance we should do a tit for tat. They are weak. They don’t have enough men,” he droned on, half drunk on some sharia-compliant liquor.

Reacting to Javed Miandad’s tirade, BCCI president and BJP MP Anurag Thakur told PTI today that the former Pakistan captain is still in “shock” over Pakistan’s win-less record in both the battlefield and the cricket field.

“Pakistan is still not over the trauma inflicted by India in the wars of 1965, 1971 and Kargil. Same with Miandad who also remains to be in shock for not being able to beat India even once in World Cup history. If needed, India will make Pakistan bite the dust again, whether it is in the battle field or cricket field,” Thakur said.

By then, even the Pakistani channel’s anchor had had enough and cut him off.

Listen to this crazy Terrorist uncle on a Pakistan Channel!