Piyush Pandey will help Badals in brand building for elections

New Delhi: Piyush Pandey was the man behind the winning slogans like ‘Ab ki baar Modi Sarkaar’ for the Narendra Modi wave of 2014 but can he help Badals come bak to power again in PUnjab.

The ruling Shiromani Akali Dal (SAD) has roped in Piyush Pandey and his Ogilvy & Mather ad agency to dust up the image of the party and its leadership as they prepare for the state Assembly polls slated early next year.

SAD MP Naresh Gujral who is putting the final touches to the deal told News18 that the traditional Akali vote bank was intact but their “publicity campaign needs a professional touch”.

“O&M will guide us on how to present facts before the people in the right manner. Biased news reports have to be debunked,” he said.

O&M co-executive chairman and national creative director Piyush Pandey said the talks with SAD is in the conclusive stage, adding “It is too early to say what will be the nature of this campaign, we are in the process of working on the campaign.”
O&M has been primarily roped in to alter the impression of the state under the SAD rule as a drug haven. Party sources said that despite an 80 percent conviction rate of drug suppliers and drug users, the state continues to be a drug corridor. SAD wants O&M to help them rebuild the image of government as one with zero tolerance to drugs.
The party wants to portray that Punjab under Akalis had a decade of “tranquility and tarakki,” a SAD leader said requesting anonymity. 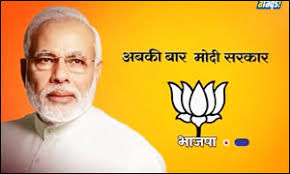 Pandey had redefined brand-building for political campaigns in India by coining the catch phrase ‘Ab ki baar Modi Sarkaar’ for the heavyweight campaign run by Narendra Modi during the Lok Sabha elections in 2014. A runaway hit, the slogan helped make the 2014 polls a presidential style campaign and Modi romped home with a massive verdict.

However, Pandey’s task in Punjab would be a lot tougher. After 10 years in power, the Badals are facing a massive anti-incumbency. The rampant drug abuse in the state, attributed to political patronage, hasn’t helped matters.

One factor going strong for SAD despite the anti-incumbency is the support of partner BJP. A BJP leader said the party will back up the SAD campaign with all its might. BJP President Amit Shah and Finance Minister Arun Jaitely will attend an event at the Golden Temple in Amritsar on October 31. A day later the prime minister is expected to be in Punjab.