The Bihar police have arrested two additional persons for their alleged involvement in sending bomb threats to Takht Sri Harmandir Sahib at Patna along with a civil court of Patna.  Earlier, the Police had constituted a Special Investigation Team (SIT) to unearth the conspirators of sending threatening messages. Following a briefed investigation, the SIT traced and nabbed a person named Ramesh Tiwari from village Bithauli of district Vishali. 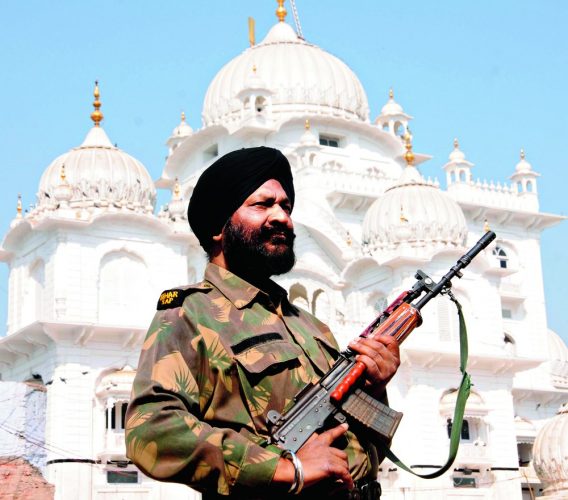 Identity of the duo has not been disclosed by the police.  They were arrested after Ramesh Tiwari’s interrogations by the police.

Tiwari is a resident of Vaishali and was questioned by the police on Wednesday following threat messages sent to police stations.  SMS messages were sent on Tuesday to multiple police stations.

As per Senior superintendent of police Manu Maharaj, investigations are still on and Tiwari is being asked about his motives and involvement of others in the case. Police has already verified that the number from which threat messages were sent belongs to Ramesh Tiwari.

Notably, the Bihar government had beefed up the security outside Takht Sri Harmandir Sahib and Civil Court at Patna after receiving threat via SMS on phone.