Lahore: Even as Turkish embattled President Recep Tayyip Erdoganis in Pakistan, more than 100 Turkish schoolteachers and their families have been told that they have less than three days to leave Pakistan. 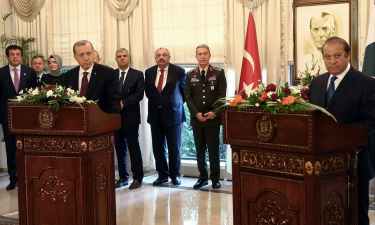 Many of these teachers have have lived and worked for a decade or longer and loved by students and their parents alike for the quality of education they provide.

Considering that these teachers, though innocent and professional, are working in a gulen-linked school, it’s quite obvious that they face serious investigation, torture and even death on their forced return to Turkey. Erdogan accuses Gulen of orchestrating a coup attempt in July and refers to the cleric as a terrorist.
Pakistan can be indicted for human rights crime if it knowingly sends these teachers to their death for political gains as Turkey promised to invest in Pakistan. 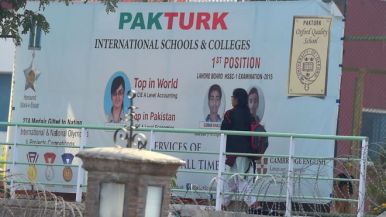 In Pakistan, more than 11,000 students receive education in the 28 affected schools, run by PakTurk Educational Foundation, which employed 130 Turkish teachers and more than 1,000 Pakistanis. It also denies that PakTurk is affiliated with any political organization.
The sudden expulsion appears to be an appeasement of his demands that schools linked to Fethullah Gulen, an exiled Turkish cleric and major political rival, be closed.
Increasingly paranoid Turkish President Recep Tayyip Erdogan addressed a joint press conference in Islamabad alongside Prime Minister Nawaz Sharif yesterday  where he announced the Turkish government is determinedly taking on what he termed the ‘Fethullah Terror Organisation (Feto)’.
To sweeten the deal, Erdogan said “500 Pakistani students will be able to go to Turkey for PhD scholarships every year in light of a document signed between Pakistan’s Higher Education Commission and the Turkish higher education body.”
Since the coup attempt, Turkey has arrested tens of thousands of people on suspicion of having ties to Gulen, and more than 100,000 civil servants have been removed from their posts.
Gulen-inspired organizations run schools all around the world, including in the United States. Turkey alleges that they are used to propagate an anti-Turkey mind-set.

Education officials in dozens of countries have reported coming under pressure from Turkey to eliminate alleged Gulen sympathizers from the schools, though only Somalia, Azerbaijan and now Pakistan appear to have caved in.