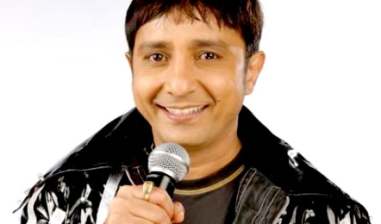 The singer also released a single, Gajanan, during Ganesh Chaturthi, and both the songs were well received. Sukhwinder says “Bolo Har Har is also really close to my heart as I am a huge devotee of Lord Shiva, and since it is an Ajay Devgn track, there was no reason for me to refuse. It’s a song which has great energy level. Singing it was an amazing experience.”

Sukhwinder agrees that most of his songs are high energy but he does not think this is restriction. He mentions “I Love You Kishore Da” in which he had sung covers of his few super hit songs of very different in nature. But  he remains selective about the projects and take up those songs which I feel people will easily connect with.

Sukhwinder said that he agreed to sing the song because of Ajay Devgn. Sukhwinder considers Ajay as a dear friend and said that when Ajay offered him the song, he instantly agreed. He said that Ajay explained him that the track is very significant for the film.

Many Actors in Punjabi films are singing in movies. He does not think that’s a threat to professional singers like him as actors who have lent their own voice to their songs have great knowledge of music. There is a lot of work in the industry, and everyone gets their share of it.

He believes it’s a golden period for the music industry as many young talent is coming up with fresh ideas, including rap.