Among the candidates, Chief of General Staff Lt Gen Zubair Hayat was the senior most followed by Multan Corps Commander Lt Gen Ishfaq Nadeem Ahmed, Bahawalpur Corps Commander Lt Gen Javed Iqbal Ramday, with Inspector General Training and Evaluation Lt Gen Qamar Javed Bajwa as the junior most. However, Nawaz still favoured Bajwa as his Army Chief, who can potentially dethrone him anytime he wants in the future. 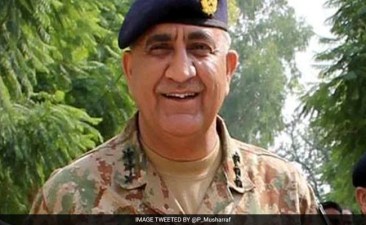 In a country that has been ruled by the Army for more than half its life, the buzz around the announcement is understandable.

Lt Gen Qamar Javed Bajwa, seen as a dark horse in the race for the post of Pakistan Army chief emerged on Saturday as the successor to Gen Raheel Sharif.
Qamar Javed Bajwa, who was commissioned in the 16 Baloch Regiment in October 1980, is currently serving as the Inspector General of Training and Evaluation. He is from the infantry’s Baloch Regiment, which has had three officers become Pakistan army chief.

Much of the speculation about the next army chief in recent weeks had centred around Hayat and Lt Gen Ishfaq Nadeem Ahmed, and Bajwa – who once served alongside former Indian Army chief Gen Bikram Singh in a UN peacekeeping mission in Congo – wasn’t seen as a front-runner.

Sources in Islamabad said the debate in recent weeks within the Pakistan Army’s hierarchy was whether the next chief should be a general who was well versed with counter-insurgency operations or someone who could strike a balance between the drive against militant groups and countering India following the spike in tensions on the Line of Control.
Bajwa has commanded the Pakistan Army’s largest force, the 10 Corps, which oversees the areas along the Line of Control. He is a veteran in handling affairs in the troubled Pakistan-occupied-Kashmir (PoK) and in the northern regions of the country. Bajwa has also held the position of Force Commander Gilgit-Baltistan as a Major General.