Trolls and memes related to the bewafai of Sonam Gupta have been breaking the internet since the past week and the world has gone crazy!

Well, if you don’t know exactly it, this is how it started –

After a jilted lover wrote “Sonam Gupta bewafa hai” on a tattered Rs 10 note back in August and posted it on the internet, all Sonam Guptas gained overnight fame. Social media users cracked all kinds of jokes at the expense of this particular Sonam Gupta, making life rather painful for her numerous namesakes.

Amidst the currency ban chaos, our so dear social media has found its funny bone. The creativity and inspiration behind these trolls are commendable and it’s mandatory to have a look –

And no, not just Indian currency.

Even The Chamber of secrets was not spared. 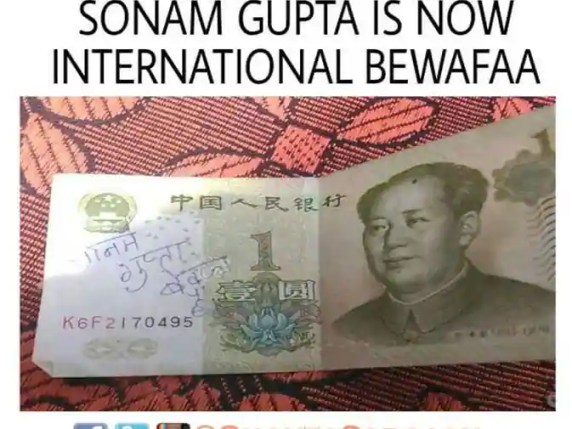 And then, this came up and internationalized Sonam Gupta. 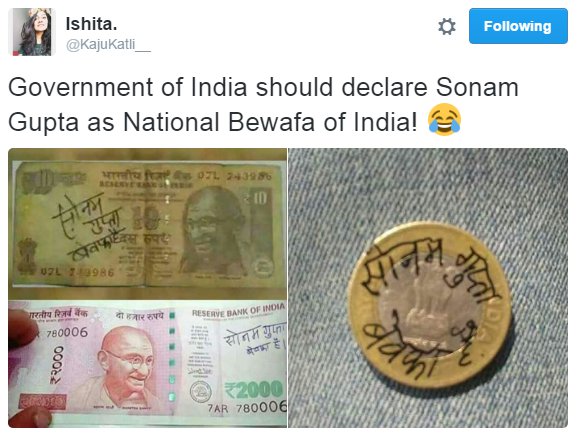 However creative these trolls might be, they fail to show any logic and instead, are defaming poor girls named Sonam Gupta. Let’s stop here, people, because it’s not funny anymore.