Past three days have been highly overwhelming, haven’t they? With Modi and the demonetization and Trump and the highly anticipated, yet stupid decision of America.

So yes, it’s official. Donald Trump has been elected as the 45th President of America and I think the whole wide world (except his supporters, of course.) would agree with the statement that  America just made the stupidest decision ever!

With all the campaigning and the sexist-racist-inhumane remarks, what were they thinking? No, seriously? I mean, never before did we see a presidential candidate using racial slurs and sexist remarks during campaigns, did we? Agreed that Clinton wouldn’t have been the first choice for some people, keeping in the mind all the history and everything but she would definitely have been a better option than Trump, wouldn’t she?

Anyhow, Donald Trump (Now President Trump, but that hasn’t really sunk in yet) has managed to surprise us every time he opens his mouth, from expressing his wish to date his daughter to admiring the anatomy of his own fingers. So, let’s review some of the instances where he definitely crossed the line and settle the judgement that we don’t have a wrong opinion about him.

Why not, Mr Trump. 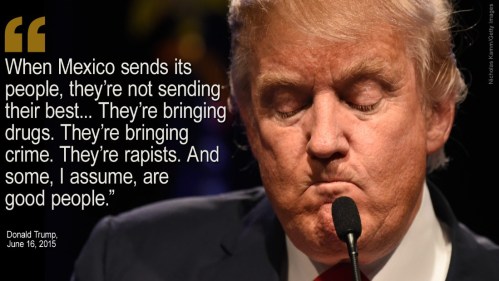 Generalised statements about a particular race? So very him.

On the person who had no scandals, no mistresses, no impeachment hearings for 8 years.

There’s stooping really low, then there is 50 metres of shit and then there’s Trump’s level. 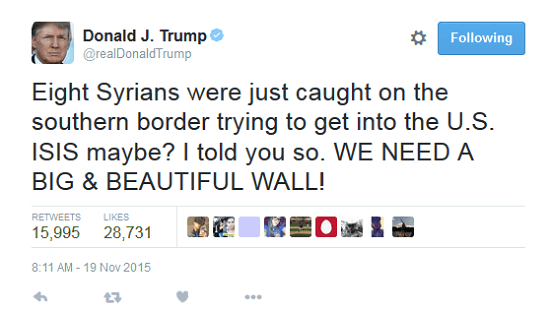 And this is the man who will make America “great” again.

Sure, Mr Trump. Do you know what global warming is? Or is that too low for your IQ?

Ever since Donald Trump has come out in the open with his racist mind, America has seen some ugly shit happening around the country. And now the million dollar question, what happens now that he is the president? Bitter people and racists will get emboldened. Poor and weak will openly get harassed. Well, Congratulations America, your “greatness” is going down the drain.

And while I was busy nagging about him being elected, I totally forgot about how my fellow Indians were taking the poll results. While the world was wailing about USA’s brand new president, a bunch of Delhi’s Hindu Sena members stepped out on the streets and started doing this-

They were seen dancing, feeding each other laddoos, and rejoicing over the fact that his existence in this country will somehow help us eliminate terrorism from Pakistan. 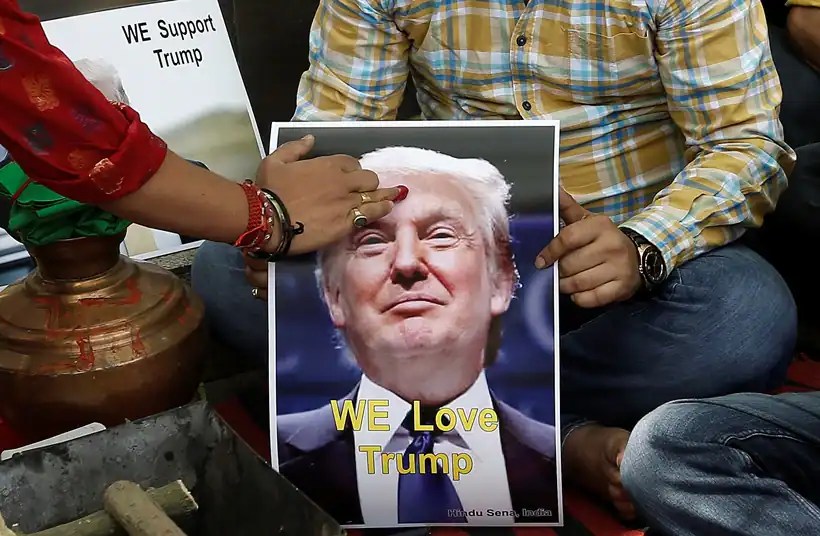 I mean America may be stupid but what the fuck is wrong with these people? This is even more saddening than Trump winning the elections.

Well, America had two options – the businessman turned Republican candidate and the infinitely more experienced Hillary Clinton but the country has elected a man with no political experience nor concrete plans for making good on the sweeping promises he made to his wildly enthusiastic core constituents. Let’s see how he keeps the American dream alive!