Just a few minutes ago, Donald J. Trump was elected in a stunning culmination to an explosive, high-decibel and polarizing campaign. Hardly anyone in media gave him a chance before the counting began.  Almost the whole US media, barring a couple, endorsed Hillary Clinton and treated the result to be a forgone conclusion – in Hillary’s favour.

Major media houses like CNN, New York Times and their Indian clones – India Today, ABP and NDTV were unrelenting in their hate campaign against Trump.

Finally, they said there was no way he could compete for, let alone win, a general election.

Tonight, India’s super star journalist Barkha Dutt was already in Clinton HQ in New York to savour  the breaking of ‘glass ceiling’ as supporters of Hillary, the first woman to come so close to being a US President, call it. However it was not to be.

On D-Day this is where @HillaryClinton will come & speak aptly under a gigantic glass ceiling.Am thrilled to have a ringside view of History pic.twitter.com/0OG1x54t0j

Donald Trump has stunned America and the world, riding a wave of populist resentment to defeat Hillary Clinton in the race to become the 45th president of the United States. 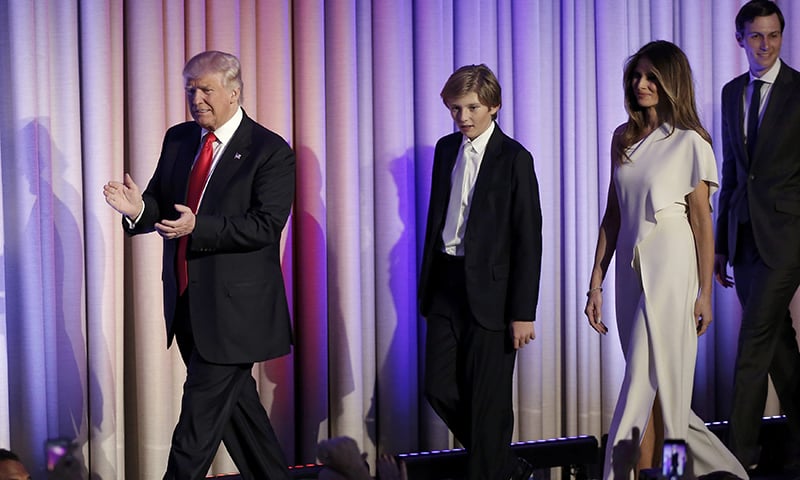 The Republican mogul defeated his Democratic rival, plunging global markets into turmoil and casting the long-standing global political order, which hinges on Washington’s leadership, into doubt. The battlegrounds of Florida, Ohio and North Carolina cleared the way for his Brexit-style upset. 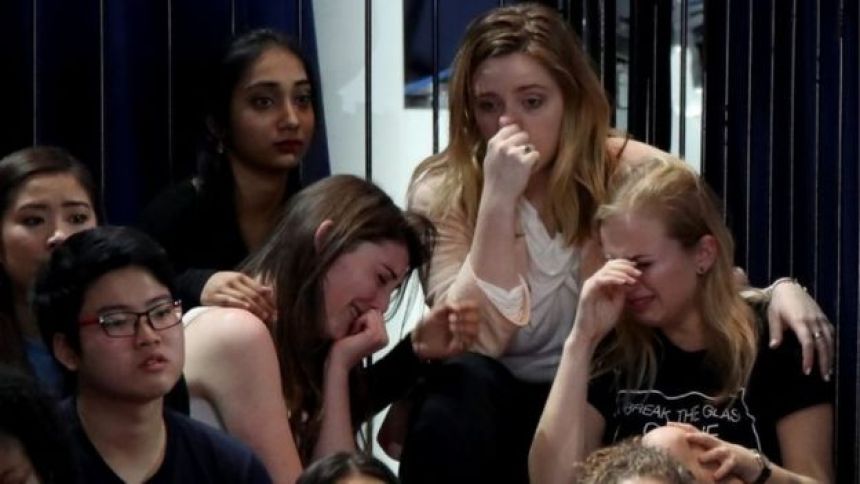 Democrats’ reaction as the results unfolded

Mr. Trump addresses a gathering at Trump Towers. “I congratulated Hillary for a hard fought campaign, we owe her a debt of gratitude. Time to bind the wounds, come together,” Trump told a crowd of jubilant supporters in the early hours of Wednesday in New York.

“It’s been what they call an historic campaign,” Trump said, addressing a cheering crowd at his victory party. “But to be really historic, you have to do a great job. And I promise you that we will not let you down.”

Although he has no government experience and in recent years has spent as much time running beauty pageants and starring in reality television as he had building his property empire, Trump at 70 will be the oldest man to ever become president.