It could be a Masterstroke by Modi…Wait and Watch

India expected Prime Minister Narendra Modi to talk about the Indo-Pak relations during National Executives meet in Kozhikode last week. Modi did not disappoint as he not only verbally attacked Pakistan heavily but also adopted the approach that could be a strategic game changer.

An important reason why the India-Pakistan conflict seems so intractable is the fear of public opinion. No Indian government can be seen as giving concessions to Pakistan, and vice versa.

The Pakistani government was under public pressure to make noise over the Kashmir issue. Kashmir is an emotive issue in Pakistan as much as in India. Prime minister Nawaz Sharif has gone to the extent of saying that the Uri attack was a response to the violent repression of the uprising in Kashmir.

Similarly, a terrorist attack killing 18 Indian soldiers is nothing short of an act of war in public perception. Public opinion in India naturally desires retaliation.

Given that a military retaliation is not feasible because of Pakistan’s nuclear deterrence, Modi was in a fix. He had only himself to blame for it. Modi and his colleagues criticised the Congress government in the past for being soft on Pakistan and terrorism. Having promised that Pakistan would be replied “in its own language”, Modi now risks losing political capital. 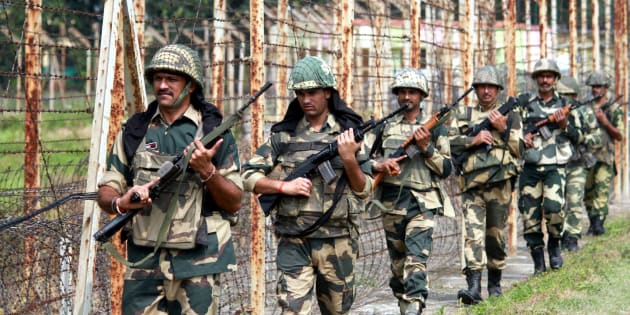 In a masterstroke, Modi changed the narrative from “India needs to avenge Uri” to “we have already been winning the war”. He did so, firstly, by telling us that Uri was an aberration, that Indian security forces have killed a lot more terrorists, a lot of infiltration has been foiled. The failure of Uri has been shown in a larger picture of success. Seventeen potential terrorist attacks have been foiled in the past few months, killing 110 terrorists, he said.

There was an even larger picture he wanted us to see the India-Pakistan conflict in. The war was economic, he suggested, and India was already winning. India is a rising economic power, while Pakistan is mired in a terrorism mess of its own making.

Both countries should fight the war against poverty, illiteracy and unemployment, he said, and let’s see who wins. India is seen as an exporter of software, Pakistan as an exporter of terrorism. Success, Modi suggested to Indians, is the best revenge against the losing bully.

India’s economic rise as a factor in dealing with Pakistan, and the potential damage to the economy if the country were to go to war, are points that are usually made for those who argue for strategic restraint. It is to Modi’s credit that he is, in his own way, making strategic restraint a politically acceptable policy. Always seen by hawks as a policy of defeatism, Modi is trying to make the masses appreciate the merits of strategic restraint. No Congress leader could have done this.

In effect, Modi said that he isn’t going to war against Pakistan to avenge Uri. This U-turn, from promising hard action against Pakistan to changing the narrative away from war, might be hypocritical. Modi has learnt it is easier to demand replying Pakistan “in its own language” than actually doing so. Yet it is significant that India’s most hardline, most Hindutva-nationalist prime minister is changing public discourse on Pakistan. He may well be doing a long-term service to India-Pakistan relations.

Modi went a step further and addressed the people of Pakistan, thereby making an important distinction between the Pakistan establishment and the people. The importance of making this distinction is usually stressed by peaceniks. Since an unelected Pakistani army runs foreign and defence policies, the idea is that India needs to develop pro-India constituencies of peace.

Modi took this upon himself too, directly addressing the people of Pakistan, seeking to change Pakistani public opinion about India too. Modi suggested to Pakistani citizens that their leaders were seeking to mislead them about conflict with India over Kashmir, while not doing enough to bring them development and prosperity.

Modi said Pakistani leaders who used to promise waging a thousand year war with India have themselves disappeared into the oblivion of history. This was a reference to the killings of Zulfikar Ali Bhutto and his daughter Benazir Bhutto, both prime ministers who had used the 1,000 year rhetoric at some point. India was ready to fight the 1,000 year war with Pakistan, he said, asking if Pakistan had the ability to win the 1,000 year war against poverty. This key part of Modi’s speech, so far, seems to have been looked over by the Pakistani media.

There was enough of the bluster about India keeping its options of military response open, trying to isolate Pakistan internationally, and so on. They are fooling you over Kashmir, he said, while they are unable to handle Pakistan-held Kashmir, Gilgit-Baltistan, Khyber Pakhtunkhwa and Baluchistan, thus reminding Pakistan of its own vulnerabilities.

Today’s rulers, he said, talking about Kashmir by reading out the speeches written by the bosses of terrorists, thus implying that prime minister Nawaz Sharif’s speech at the United Nations General Assembly was dictated by army chief Raheel Sharif. But Modi hoped the Pakistani people would question their own leaders against terrorism.