A local Court of Ludhiana on February 17 granted bail to Jathedar  Jagtar Singh Hawara in a case of arms & ammunition recovery. The case was registered on 30th December, 1995 when the Punjab police had recovered three AK-56 rifles and 50 hand grenades from Chandar Nagar of Ludhiana. The District police of Ludhiana had registered an FIR No. 139 under sections 24/54/59 in Qotwali police station. 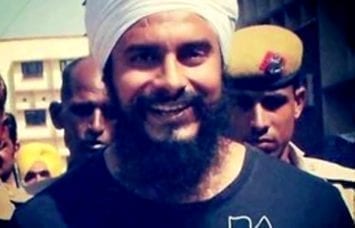 Jathedar Jagtar Singh Hawara’s name was inducted in this case some time ago and Police had filed chargesheet against him in the Court.

Judge Varinder Kumar had been conducting hearing on the case via video conference as the Tihar Jail authorities had denied to produce Jathedar Hawara before the Court citing the security reasons.

Speaking to MahaPunjab, Jathedar Hawara’s legal counsel Advocate Jaspal Singh Manjhpur said that he had moved bail plea before the Court. He informed that the prosecution lawyer strongly opposed his contentions in the Court but at last the Court granted bail to Jathedar Jagtar Singh Hawara in this case.

Currently, Jathedar Hawara is being confined in Tihar Jail of Delhi. He was appointed as Jathedar of Supreme Sikh throne Sri Akal Takht Sahib by Sarbat Khalsa on November 10, 2015 at village Chabba situated on the outskirts of Amritsar.