Sikh sangat (congregations) have spilled onto the streets in the northern Indian state of Kashmir after a burglary over the weekend was coupled with deliberate vandalism and desecration. 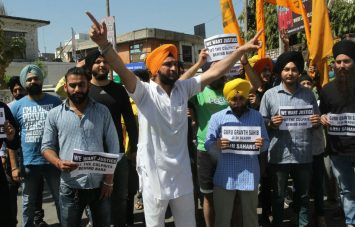 Many religious books and artifacts were damaged and destroyed at Gurdwara Nanak Nagar, in Jammu, and Sikhs spilled on the streets to demand action from the authorities. 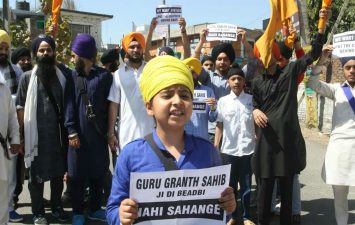 Indian law enforcement is notorious for being laxed and often ineffective, and as such, prominent Sikh organizations such as the Sikh Youth Sewa Trust have played a front-line role in demanding immediate action and investigation.

Tejinderpal Singh, chairman of the organization, said, “Sikhs living in all parts of the world cannot tolerate such an attack on a place of worship and the government needs to step up efforts in apprehending the culprits.”