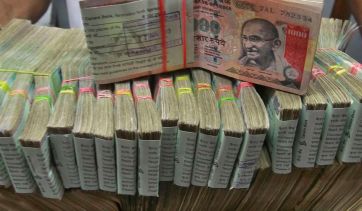 LUCKNOW: Samajwadi Party is no stranger to black money and its leaders seem to have good explanations for it. In a highly controversial remark, Uttar Pradesh Chief Minister Akhilesh Yadav today said ‘economists’ were of the opinion that black money helped the Indian economy in times of global recession.

Akhilesh did not give the name of those ‘economists’. However, his remarks seem to support Narendra Modi’s rationale that those political parties with black money are most hurt and they are protesting against the move.

“Economic experts say the magnitude of the global economic crisis at times is not felt in India because of strong (parallel) economy of black money,” he said.
His remarks come in the wake of the government’s sudden decision to demonetise Rs 500 and Rs 1000 notes to stamp out black money, resulting in serpentine queues outside banks and ATMs.

The chief minister was of the view that #demonetisation will not serve the purpose of checking black money.

“It’s good that corruption is checked and people become aware that there should not be (any) corruption. But this problem cannot be overcome merely by changing Rs 500 and Rs 1000 notes…Those who used to keep such notes are now waiting for Rs 2000 notes…,” Akhilesh had said on Saturday.
Akhilesh also said that whichever government had troubled the poor, it was shown the door by the masses. “This government has caused immense pain to commoners,” he said.