There appears to be no end to the Tipu Sultan controversy, especially in the southern state of Karnataka. Even though the Congress government in the state is looking to woo Muslims in the next election by celebrating Tipu Jayanthi on November 10 amidst opposition from the BJP, RSS and Christians. It may be recalled that the celebrations last year turned violent and two men lost their lives in clashes.

There are two issues that are being raised. First and foremost, those opposing Tipu say that he indulged in forcible conversions and was a tyrant. Calling him a freedom fighter is wrong say those who oppose him.

Eminent educationist and senior leader from Infosys, Mohandas Pai has lashed out at the Karnataka government for organising the Tipu Jayanti celebrations on November 10. “Tipu Jayanti is like celebrating the anniversary of Aurangzeb, who was a tyrant Mughal emperor and a staunch religious fundamentalist,” said Pai.

“Tipu Sultan is a fundamentalist and a tyrant who massacred several people. I am a Konkani and he (Tipu) murdered hundreds of people belonging to my community. Tipu destroyed our temples and I oppose the government’s decision to hold Tipu Jayanti,” said the Manipal Global Education chairman.

“Historians who have documented Tipu Sultan’s regime have mentioned how Tipu forcibly converted hundreds of people in Kodagu. He is said to have 20,000 Christians in captivity apart from hanging 700 Melkite Brahmins in Srirangapatna for which he was termed a bigot and a tyrant,” Pai said. 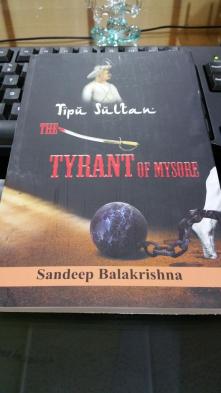 The RSS and the BJP have decided to hold state-wide agitations and it is expected to culminate in a mega rally on November 8 in Bengaluru. Some Christian organisations have also raised the red flag over Tipu’s birth anniversary being celebrated as a state event.

“Why should we not go ahead with the celebrations? This year also we will hold Tipu Jayanti. There will be no law and order issues,” said Karnataka Chief Minister Siddaramaiah, eyeing Muslim votes.

For the police of Karnataka it would be a hectic day. Security would be high in places such as Bengaluru, Mysuru and Madikeri. Protests are likely to be intense in Kodagu (formerly Coorg) where Tipu is a much hated person.