Whilst Sikhs are currently allowed to ride without helmets in British Colombia and Manitoba, the province of Ontario has still not made the amendment to it’s laws to grant the exemption. The issue had very well made it’s way into the Legislature Assembly in Toronto but the exemption was blocked by the Liberal government, despite 8 years of lobbying. A private member’s bill, initiated by Jagmeet Singh, Deputy Leader of the Ontario province’s New Democratic Party and Andrea Horwath, the party leader, however, passed it’s first stages in May this year. 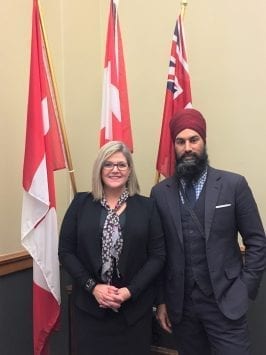 Speaking about the concerned issue, Horwath and Singh shared that even the Conservative party have begun to support the motion, whilst initially opposing it a few years back.

Surprisingly, the current Liberal Party are the only group out of Canada’s main three political parties that have, to-date, been unsupportive of the exemption.

The bill would insert a subsection into the current Highway Traffic Act, where an exemption to the helmet would apply to those who are a member of the Sikh religion, have unshorn hair, and regularly wear a cloth turban of over 5 meters.

Given the number of Sikh members of parliament within the Liberal government, it is a surprise that they are the only party, holding back helmet exemption by staunchly opposing the bill.

By comparison, the UK government has included an exemption into British law in 1970. The Liberals might take note that there has been no such increase in mortality rates or related safety concerns since it’s inception.