Jagmeet Singh, a Sikh MPP and currently the Deputy Leader of the NDP (New Democratic Party), for the Ontario region of Canada. As the federal (national) NDP sees it’s leadership position up for grabs, an open minded Canada might be able to embrace diversity and generate its first Sikh prime minister. 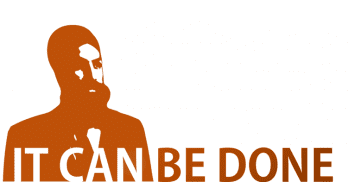 There are no real candidates going for the open vacancy currently, as the previous leader, Tom Mulcair, lost the position after a leadership review.

The official election for the position takes place in October 2017 and so it seems that there is ample time for Jagmeet Singh’s support campaign to begin snowballing.

About his ethical system, Jagmeet said that, “I’ve always been an activist. The philosophy of Ik Oankaar (there is BUT one God), the idea that we’re all one connected energy, regardless of gender or sexuality – we’re all equal. And not just people, but it also connects us to the planet too. So we don’t have the right to exploit it or live in a way that is unsustainable. Encouraging society to be fair and equitable. It all falls from that same philosophy.”

When asked if he thought Canada was ready for a Sikh prime minister, Jagmeet Singh replied, “Given the current government portfolio, with such high profile visible Sikhs, I think it’s definitely opened up the minds of people in Canada in considering somebody with this identity at a higher level, at that level of leadership.

“The notion of having a society that’s mosaic, with diversity that’s built of people of different backgrounds, that’s something that’s pretty well accepted in Canada. There will be exceptions, but in most urban centres, because it’s something that people believe in, they look to someone who has the qualities of a leader, and if a person exhibits those qualities and able to inspire people, I think Canada is prepared for racialized people to be in a position of power.”