The Padma Shri awardee, Om Puri passed away at the age of 66 in Mumbai, he was found dead at his home on Friday morning.

Puri returned home last evening after a shoot. Reportedly his door bell went unanswered, following which Puri’s driver raised an alarm. As confirmed by his friends from the film fraternity, the actor succumbed to a massive heart attack.

The acclaimed actor delivered some stellar performances in mainstream commercial Pakistani, Indian and British cinema apart from making a dent in Hollywood with his roles in ‘City of Joy’, ‘Gandhi’ and ‘The Reluctant Fundamentalist’.

This is how Bollywood mourned the death of the veteran – 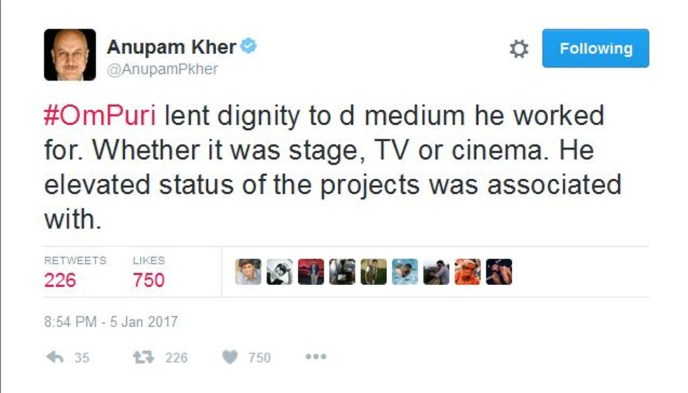 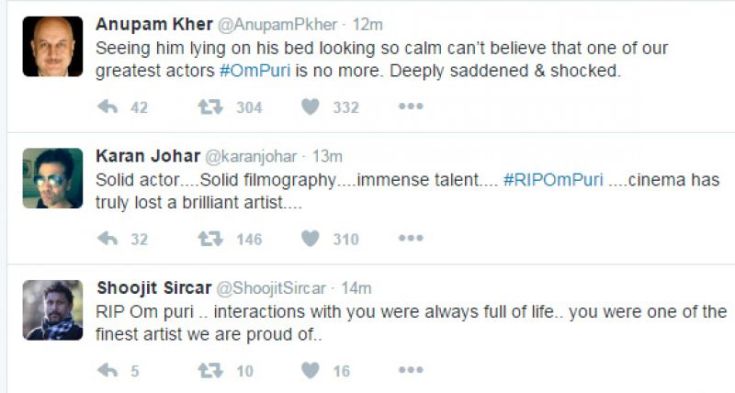 RIP Om Puri.
We have lost one of our finest.
A talent, A Voice, A Spirit.
Will miss you Puri Saab.

Om Puri’s death is surely the end of an era but he’ll always live through his work. Rest in peace, sir!