Alia wants to stalk Kangana | Revelation on Koffee with Karan

Alia Bhatt, who recently was present at the premiere of Koffee with Karan Season 5 along with Shahrukh Khan. When in the talk show Karan asked her whom she would stalk if turns invisible, she revealed that she would love to stalk Kangana Ranaut. When KJo pressed on the topic she said that” She has a lot of lovely airport looks. But I really want to know where she is going!”

Karan recently tweeted the promo of the show, where he was seen doing a rapid fire with the actors. Star World tweeted, “You know you’re in for a crazy S5 premiere of Koffee with Karan when @iamsrk & @aliaa08 are back on the couch with @Karanjohar! #KWKonSW.” 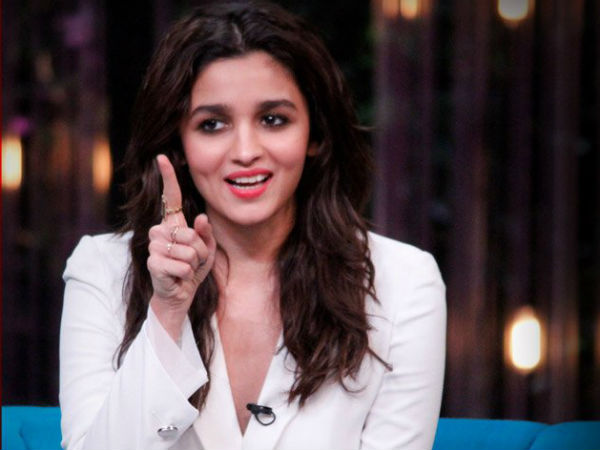 Whatever it is but Alia gave the best answer. Alia Bhatt would be next seen in Dear Zindagi opposite Shah Rukh Khan that will be releasing on November 25.