The enforcement wing of the Punjab State Power Corporation Limited (PSPCL) today raided the house of an Akali leader for allegedly stealing power.

The power corporation officials found that Jatinder Singh, alias Sunny, sarpanch of Maur village of Kotkapura, was using a kundi connection to get power supply to his house for the past four years. 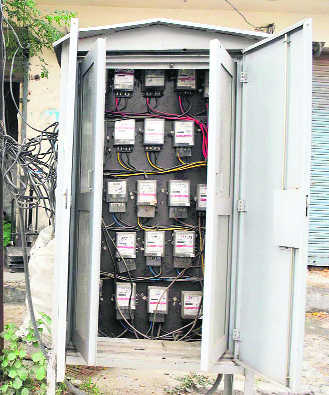 Sources said though the power theft by the Akali sarpanch was an open secret, officials did not act to stem the power theft as they were wary of conducting checks in the house of a political influential person. Deputy Chief Minister Sukhbir Singh Badal had visited his house four years ago.

Jatinder Singh was allegedly indulging in power theft for the past many years. In June 2013, a sudden inspection by the enforcement wing had reported power theft at the house of the Akali sarpanch and a fine of Rs 50,000 was imposed. However, the accused did not bother to pay the fine and wait for the resumption of power supply. He used a kundi connection to get power supply and another inspection by the enforcement wing imposed a fine of Rs 80,000 in October 2013.

The sarpanch continued to draw power using the kundi connection and no inspection was conducted at his house in the past over three years.