New Delhi: Reliance’s Jio started the price war but other telecom operators are not far behind. The ongoing tariff war in the telecom industry has proved to be a bonanza for customers. Just a day after Vodafone announced slashing of broadband rates by 50%, Airtel has a launched a new plan that offers ‘free unlimited calls to anywhere in India’. 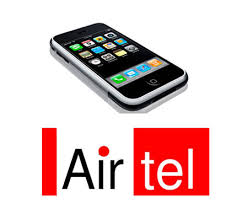 Airtel has announced two new bundled prepaid packs that offer free voice calls across the country, along with data. The cheapest plan starts at Rs 145 and offers free Airtel to Airtel voice calls across India. Users also get 300MB of 3G/4G data along with free local and STD calls in this plan. The pack will also offer 50MB data extra to those customers who are using basic mobile phones ‘ideally suited for web surfing and accessing light social media applications’. The pack comes with a validity of 28 days.

The Rs 345 plan offers free voice calls to customers, both local and STD, on any network across India. The plan also offer 1GB of internet data to customers with 4G-ready mobile phones. Rest of the benefits of the plan are same as that of the Rs 145 plan.
It is worth mentioning that the above pack prices are for Delhi and may vary for different regions.

“This is another initiative from us to bring innovative bundle offers to our customers in line with our endeavour to provide the great value backed by a superior network experience,” said Ajai Puri, director of market operations (India and South Asia), Bharti Airtel.