What to expect from Apple’s event this Thursday?

Apple is all set to introduce new desktop and laptop computers, among other potential new gadgets at their much-awaited event on October 27, this Thursday. 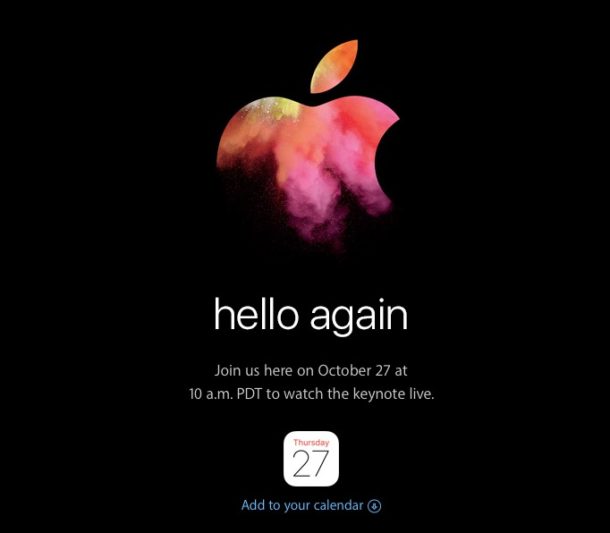 The Cupertino, Calif.-based firm hasn’t revealed any information about its upcoming products. But a handful of reports have indicated new Mac devices are in the works. The language on Apple’s event invitation (“Hello again”) may also be a reference to the company’s original Mac launch, hinting that a major update to the Mac might be imminent.

If the latest rumors and reports are to be believed, a redesigned MacBook Pro will be the star of Apple’s show. The new laptop will mark the first major overhaul to the MacBook Pro family in more than four years, according to Bloomberg.

The most significant change is expected to be a new touchscreen strip that sits just above the keyboard (where the function key row is now.) The tools shown on this touch bar will change depending on the task or application being used, Bloomberg reported. The row might show playback controls when a media-centric application like iTunes is open, while editing commands may appear when using a program like Microsoft Word. Some have speculated that this strip will be called the Magic Toolbar, after blog Trademark Ninja spotted a trademark application to this effect.

Other new MacBook Pro features reportedly include a fingerprint scanner and the option to include a more powerful graphics chip made by AMD. Bringing Apple’s TouchID fingerprint sensor to the Mac makes sense, considering Apple Pay (which relies on TouchID to verify users’ identity) now works on websites as part of the recently launched macOS Sierra update.

The new MacBook Pro is also expected to be thinner, include a wider trackpad, and inherit the USB Type-C port, flatter keyboard, and pressure sensitive trackpad of its 12-inch MacBook cousin.

Apple will likely introduce a new MacBook Air that features a USB Type-C port, bringing it up to date with Apple’s other newer laptops, according to Bloomberg. KGI Securities analyst Ming Chi-Kuo also believes Apple could debut a 13-inch variant of its regular MacBook during the event.

Apple’s upcoming iMac refresh will reportedly bring the option to choose new graphics chips from AMD, according to Bloomberg. While this report says the iMac could launch before the end of the year, Kuo cautions it may not be ready until 2017. 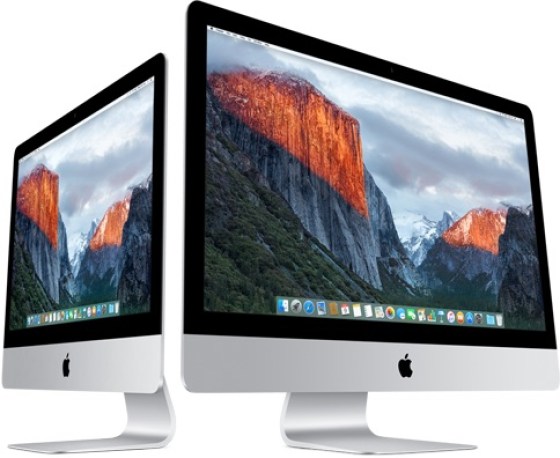 Apple recently discontinued its Thunderbolt display — and it now plans to bring a new external monitor with a sharp 5K screen to market, Bloomberg reports. As is the case with the new iMac, the exact timing of the launch is unclear. Bloomberg said the display could come late this year, while Kuo says to expect it in early 2017. It’s also possible that Apple may unveil these products during its event and wait until next year to release them.

Apple debuted its wireless earbuds when it introduced the iPhone in September, but we have yet to hear of an official release date beyond “late October.” The timing for Apple’s event this week would certainly fall in line with that launch window.